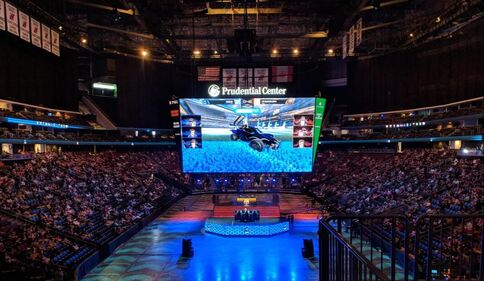 Although Covid-19 has upended our lives and the business world in many negative ways, some industries have benefited. One of those is esports, which has surged in popularity by continuing to provide spectator entertainment when many traditional sports have been sidelined due to the ongoing quarantine restrictions.

Esports refers to professional video game competitions (often in leagues, like the AFL), in which teams or individuals play against each other on a specific game in an organised format. There are lot of different types of video games that are played professionally. Most people would be familiar with first person shooter games like Call of Duty (COD) or sports games such as FIFA. Other popular games include League of Legends, a MOBA game (multilayer online battle arena) and Super Smash Bros, a fighting game.

The professionals who compete in esports, known as esports athletes, share many similarities with traditional sports athletes. They train regularly, get paid a salary and need to work on their performance management to gain a competitive advantage over their opponents. Performance psychology has been helpful in the sports and business arenas for decades as humans continually strive to optimise their functioning.

Over the last year clinical psychologist Dan Bonnar from Sleep Matters has been partnering with Perth based esports org Ground Zero (GZ) to implement performance psychology principles to support the health and wellness of its players. Originally several teams from GZ participated in a research study that aimed to improve their sleep and performance. Several academic publications are currently underway that will outline results from this study.

More recently, Dan has been working closely with the GZ Rocket League team to strengthen their psych game. What is Rocket League? The simplest explanation is that it’s soccer with cars, but that doesn’t adequately communicate the nature and complexity of skills required to play this game. See here for a clip of some highlights from some of the best teams in the world – www.youtube.com/watch?v=_kffa4vVek4

Dan helped the team in a number of ways, including enhancing communication between team members, instilling team values, managing self-doubts and confidence building and perhaps most importantly, working as a unit.

After a ton of hard work, and many late Friday night psych meetings, the GZ Rocket League team (including Julz, Express and Decka) finished top of the ladder, and only a few weekends ago competed in the play-off series. They managed to pull off a clean sweep and win the grand final against another team called Fury, winning approximately $60,000 AUD in the process. Here’s a link to their season highlights.

Dan will be continuing his work with the team in the next season scheduled to start in September.